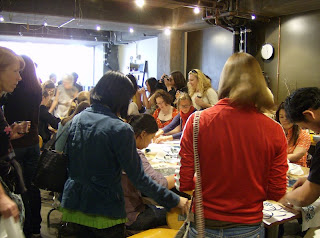 This was the scene yesterday evening at Craft Gym. My lovely and amazing pal Erin and I dropped in for the launch party for Lotta Jansdotter's new book, and I meant to take a bunch more pictures but I got overwhelmed by all the folks who were also there. It was super crowded! But it was fun; it was kind of a crafting party, they had a long table set up with inks and brushes and stamps and stencils. I enjoyed watching the other people there making lovely designs on their muslin swatches while I waited for a seat to open up. We got to talk to Lotta for just a second, she came over for a bit to give us some pointers on printing. She was really lovely and I was smitten with her accent (she's Scandanavian) and her outfit (she had the cutest sandals). Overall it was a very neat experience and I'm glad I was able to go. Here are some pictures of my printing that I took when I got home. 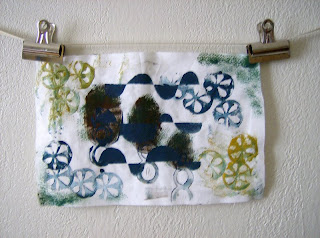 This was my first try, it's a little muddled. 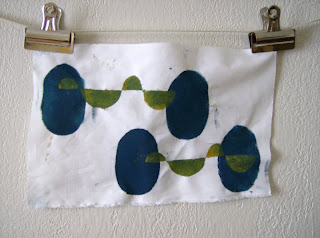 And this is my second, it's more minimalistic, which was more keeping in the spirit of Lotta's work, I think. I like both of them though. I know Erin took more pictures than I did, so maybe she'll share some with me so you can have some better examples of what was coming out of the party. Erin's swatch in particular turned out quite lovely.
Actually, Erin and I had quite the full day yesterday; we hit up three of my favorite SF spots: SCRAP, Mission Pie Shop and Philz Coffee, and we eventually ended up at Target, where I was able to purchase a Spirograph! So exciting! I've been thinking about getting one for a little while now. Here are some of my first tries with it: 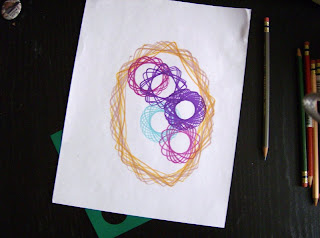 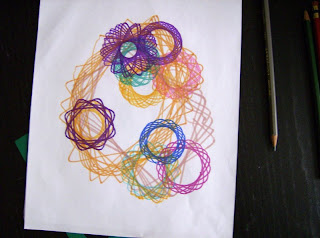 Aren't they purty? I did these with my PrismaColor markers and I love how the colors came out, but the process really ruins the tips of the markers, which is such a bummer. I tried some with colored pencil, and those turned out nice too, I just don't have very nice colors of colored pencil right now. I'm not sure what I'm going to do with the spirograph, but it's fun just playing around with it for now.
All right, I'm going to leave you today with a sneak peak of something that will be popping up in the ol' store soon. Enjoy!
mel 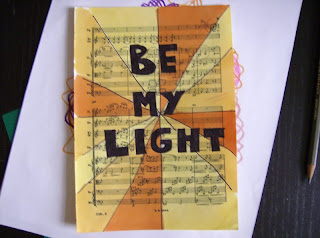