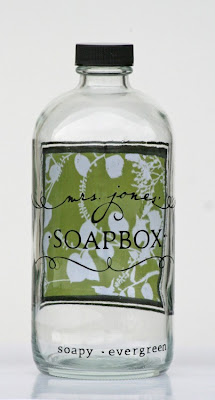 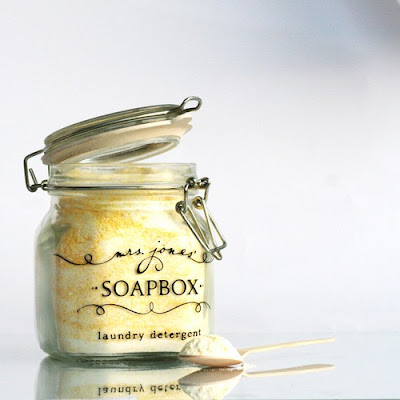 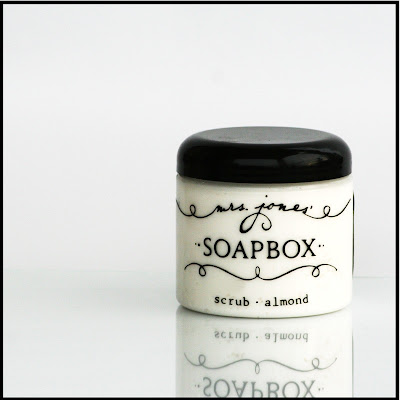 So last night I decided it was time to tackle a sink full of dishes that were probably more than a week old. Yeah, that's right, my house is sometimes a pigsty. Steve and I are both messy people and we try to keep our shit together when it comes to housekeeping stuff, but sometimes our true natures get the best of us. I can't help who I am. Anyway, when I got a whiff of that sink I was sure glad I had an arsenal of Mrs. Jones' Soapbox products to help me get the job done.
Mrs. Jones' Soapbox has quickly become my most favorite of etsy shops. Jamie, the proprietress, has a line of cleaning products that are all natural, packaged with recycled and upcycled materials, nice smelling and pretty. It's practically a miracle. An even bigger miracle? This stuff works, and it works great! My favorite product is the Tub and Tile Scrub, which smells like almonds and has a wonderful fluffy texture that kind of makes me want to eat it, and it gets my disgusting sink sparkling clean with a minimum of elbow grease. Also great is the Laundry Detergent, which made my clothes noticeably softer and also has a pleasant though subtle smell. And I just have to mention the Wood and Furniture Conditioner, which makes my coffee table gleam. And Jamie herself is the sweetest! Most important, it makes me feels good to know that I won't be accidentally poisoning my cats, who are pretty dumb and like to lick things.
mel
Posted by melroska at 3:36 PM No comments: 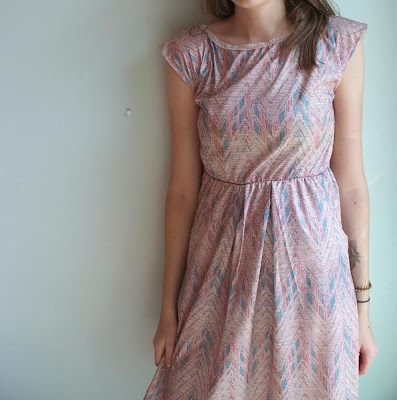 Porcelain Feather pleated dress by Owl Eyes
I came upon Sparrow Collective on the front page of Etsy the other day and I have been drooling over it ever since. Sparrow is a group of independent designers centered in Milwaukee, which makes me wish I lived in Wisconsin for the first time ever. My two favorite designers in the shop are Owl Eyes, who uses rescued materials, and MoshiMoshi. They both make beautifully delicate and girly dresses that are totally covetable. Also covetable are the models hairstyles, I'm really loving those heavy bangs. Check out the tunics with crocheted collars, they're shirts with built in scarves, so handy! 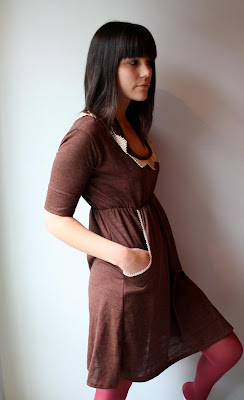 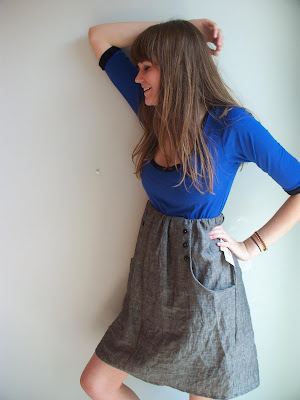 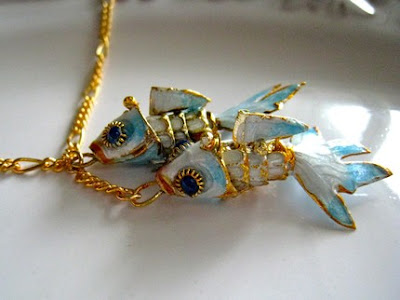 love love love this necklace (and so much more) from Foamy Wader
Hi everybody! I'm not dead, I've just been having trouble adjusting to being back from vacation (I know, it's been, what, three weeks now? Let's just say it's been a loooooooooooong while since I've been on vacation for a whole week). Also, I've been fairly busy, what with the Indie Mart and all. How was the IndieMart? Don't ask. I think I've participated in my last show, at least for the foreseeable future. One awesome thing that happened at Indie Mart was that I met Breezy of Needles and Pens, where my books and buttons are now for sale! That's right, Roska Handmade has entered the brick and mortar world at last. Pretty exciting, right? If you live in the area you should wander over to Needles and Pens, it's a really neat shop full of zines you won't find anywhere else. There's also lots of really cool jewelry, my favorite thing is this pair of earrings from Honey Pie Love (who I met at the Indie Mart, she is a super sweet person), they are little studs that look exactly like the tops of your molars. I need to get my hands on those stat, I think they are so funny. Needles and Pens is located on 16th St, between Guerrero and Dolores, so there's tons of fun stuff to do before and after you shop, maybe hit up Bi-Rite Creamery, yum.
In other news, I have lately been adding tons of new notebooks to the Roska Handmade shop. I still have loads more to add; unbelievably, at the beginning of this month I used the last of the paper blocks I had made in that huge paper cutting binge of the early summer. And, rather reluctantly, I must admit, last night I began cutting more paper! Yes, cutting paper is not my very favorite thing, but it must be done if we are all to have beautiful Roska-made notebooks, right? So I will be working on that in the evenings to come, it will make my house a complete mess and I will probably go crazy. Look forward to that.
mel
Posted by melroska at 12:59 PM No comments: 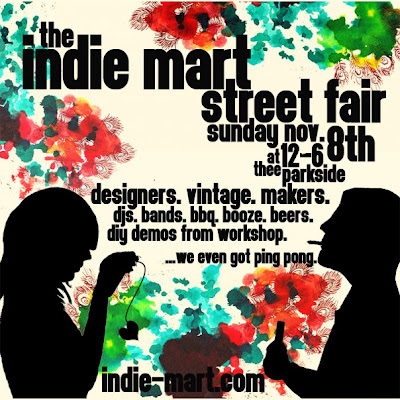 I'm getting excited and nervous for Indie Mart! It's coming up soooooo fast. I hope to see lots of you there! It's going to be a blast. Last time I was mega-hung over from celebrating one of my bff's birthdays, but this time I'm going to be well rested and fresh as a daisy, so I can only imagine how much more fun it will be.
Are you sad because you can't make it to Indie Mart, or you live too far away for it to be an option? Well, dry your tears pal, I've got tons of books up in the Roska Handmade shop, just waiting to travel across the state, the country, hell, even the globe to come to rest in your happy hands. I'm really into these bug journals, I only have a few so if you're into them too, you would be wise to snatch them up quick. 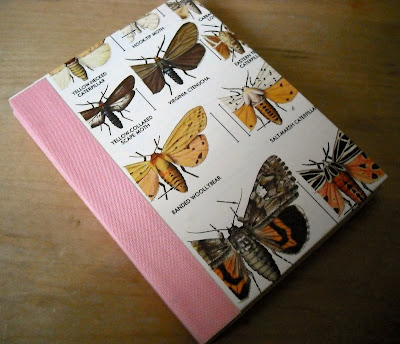 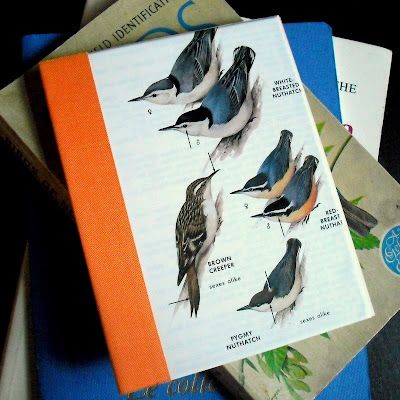 Hope to see you around soon!
mel
Posted by melroska at 9:23 AM No comments:

If you are a long time reader of this blog, you are probably aware of my love affair with the etsy shop Savor. Savor has the most mouthwatering soaps I've encountered, as well as some of the most beautiful product images on Etsy. And the soaps definitely live up to the photos; I have yet to be disappointed and I have ordered from Savor many a time. It's my go to shop for gift giving as well, so if you know me, chances are pretty good that you've already received Savor soap, or will receive it sometime in the future. Lucky you. I'm pretty excited about the anniversary sale Savor has got going on right now. Trust me, you want to go to the Savor blog, The Cookbook, to get the deets. Hurry though, the fun ends after October 25th! I will definitely be partaking as soon as payday rolls around. I've got my eye on several items, like the Salted Caramel Creme Fraiche pictured above. It's so hard to decide, I want everything! And Lisa will be adding limited addition throughout the week, which will make my decision all the more difficult. I would share more of my favorites with you, but I've decided to be greedy and keep them to myself. I don't want you snatching them up before I get a chance to! Or maybe that would be better because it would narrow my options and make my decision easier. You know, it really doesn't matter, just go buy some soap!
mel
Posted by melroska at 2:01 PM No comments: 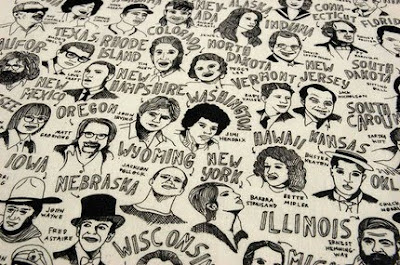 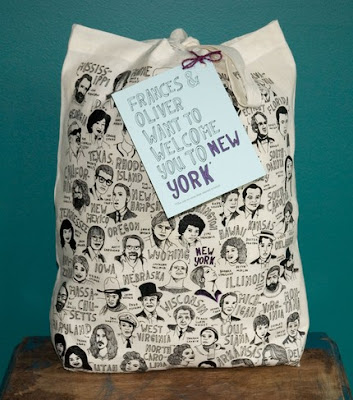 State by Celebrity Tote by Melangerienyc Hi! I'm sorry this blog was abadoned, but my life has been really busy lately! Weddings and trips and bike stuff...my calendar is finally clearing up, but don't think I'm going to just settle back and relax now. No, it's time to get back in business! I have lots of plans for new products for the Roska Handmade shop, I'm hoping to get some coptic stitch sketchbooks in there and re-introduce animal sticker notebooks. Also, I have the Mission Indie-Mart coming up on November 8th. The Indie-Mart is the coolest craft fair in San Francisco, it takes place on the block next to Thee Parkside at 17th and Wisconsin and it is a lot of fun. It would be so awesome to see you there! I'm going to have the usual fun animal and record cover books as well as some holiday gift wrap stuff. It's going to be so rad! My favorite part of indie mart? Meeting lots of awesome people, and eating awesome cupcakes! What could be better than that?
Posted by melroska at 10:43 AM No comments: