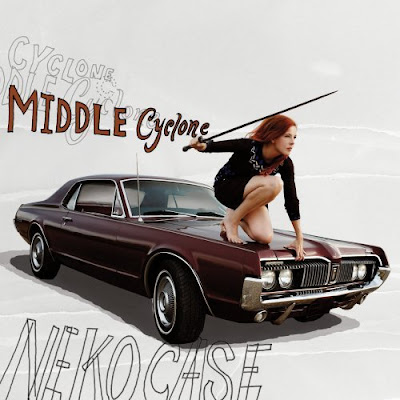 Steve and I hit up City Arts and Lectures again last night. This time we went to see Neko Case. She was great! The conversation started off a little slow; the woman who was interviewing her was a little...off. (She's also the Oscar winning screenwriter of Thelma and Louise and director of Mad Money, which is exciting because it means she's met Queen Latifah. Color me jealous!) But, in spite of it Neko told some really fascinating stories. She also performed about 5 songs, most from her upcoming album, Middle Cyclone. I was really excited that she does a version of one of my favorite Harry Nilsson songs, Don't Forget Me. Seeing her really made me want to see her live again, but it seems that the closest she'll come to me in the next year is Reno. With luck, she's still planning on adding more tour dates. I hope I'm able to go to one of her shows, her voice is absolutely amazing on her records, but it's mesmerizing to see that voice come out of an actual person...and she is totally winning and really funny. So, yes, it seems I'm smitten.
Also, I totally love that album cover; how rad is that?
Also, check out the cool tshirts at KMStitchery. I want Alice Paul, Victoria Woodhull and Charlotte Perkins Gilman. I just can't decide on which one I want most.
Posted by melroska at 12:17 PM No comments: Whew! I've been hard at work today updating all the items in my shop, because I am having a clearance sale! Fully every item (except the president buttons) is on sale, with reductions from 10% to over 20% of the original price. Pretty exciting stuff! I am trying to make way for new books that will be popping up in the shop very soon. So! I hope you'll take a look, there are some really great deals!
Posted by melroska at 3:16 PM No comments: Awesome bling from etsy seller metalicious
Steve's sister got engaged last weekend! We are so happy for her and can't wait for the big day!
Friday's surprise turned out to be tickets to a live taping of The Sound of Young America, my current favoritest podcast. If you are into pop culture type stuff and like podcasts I recommend subscribing, the host, Jesse Thorn, gives a really interesting interview. The show was put on as part of SF Sketchfest and was at Cobb's Comedy Club, which was kind of exciting because I've never been there before and it was nicer than I expected. The show was 75% awesome and 25% meh...Sean Cullen did a standup bit and he was pretty funny and the second interview was with Tom Ammiano, which was awesome. He was really hilarious and endearing. But the first interview was Jello Biafra and he was really really tiresome. I don't know, he was like someone's dad telling boring stories. But yes, overall it was a really fun experience. And after the show we walked right by Todd Barry, which was pretty exciting. Todd Barry is the Supermarket manager in The Wrestler and the guy who does "The Doggy Bounce" on the first season finale of Flight of the Conchords, and if that doesn't mean anything to you, you are really missing out.
Posted by melroska at 5:13 PM No comments: I am in love with these sterling silver dinosaur charms from I Like You As A Friend. I always get excited over dinosaurs, and these have emeralds in them! Ooh la la!
Amy Sedaris last night was a lot of fun. She is charming and funny and really lovely. If you ever have a chance to see her live I would definitely recommend taking advantage of that opportunity.
It's raining for real today. Yesterday it ended up just being drizzly in the morning then dry for the rest of the day. But now I think it's the real thing. Well, I guess it's good for farmers, right? I certainly would not begrudge them a little precipitation.
Steve is taking me to some surprise outing tonight. I really have no idea what it is, so I will have to report details to you tomorrow. It's really hard for him, trying to keep the secret. He's bad at keeping secrets like this. He always wants to give me birthday and christmas presents early. Anyway, I'm very excited, but I'm also hoping that whatever it is it's in a place that doesn't require a lot of walking to get to. Because, you know, the rain.
Posted by melroska at 9:10 AM 1 comment: 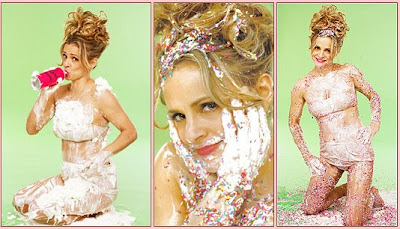 It's raining today. We've had about two weeks of this crazy summer weather, then suddenly, boom, rain. Weird. But at least I have an excuse now to wear a coat again.
I'm seeing Amy Sedaris tonight! How thrilling is that? I'm so excited, she's really great. We're seeing her at City Arts and Lectures, which is a year round series of programs that are usually somebody in conversation with somebody else. We were supposed to see Amy's program last year, but I ended up having class, so that makes this even sweeter.
Oscar nominations came out this morning. For the most part they are super weak. I'm really over this Slumdog Millionaire business. Really, I was over it about 30 minutes after I watched it. But I'm way way over it now. But whatever. I still need to see Benjamin Button and maybe Revolutionary Road. I don't think I can see The Reader, it looks like the most ridiculous thing ever. And Doubt looks super boring. So, yeah, should be an exciting Oscars. I am interested to see what kind of host Hugh Jackman will make.
mel
Posted by melroska at 10:06 AM No comments: 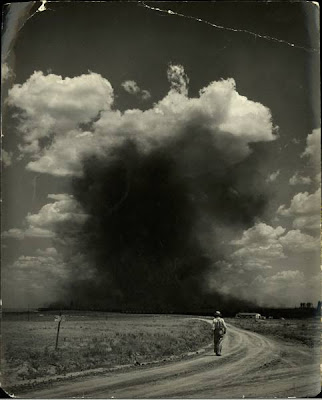 The LIFE photo archive on google images rules.
Sorry about the unannounced hiatus. I was burned out after my design class last semester, which ended up being pretty much horrible. But I got an A! Now things are feeling more normal every day and I hope to be getting back into the groove of things soon.
I took Steve to a fancy dinner at Fish and Farm last night. It was way tasty and very nice and plenty fancy for us. All of the food we had was good, but the best thing was the french fries. Oh man, they were so delish. I would love to go there again and sit in the bar and drink their fun cocktails and eat scrumptious fries with curry aioli to dip them in. So, Bay Area-ans, I would suggest Fish and Farm for a mid price romantic dinner (they have dim lighting and candles on the table, that equals romantic, right?).
mel
Posted by melroska at 3:19 PM 2 comments: