Gosh darn it, I can't find a picture of my new favorite Jeopardy champ on the internet, so here is one of my other favorite winners: 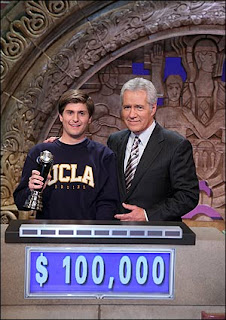 Yeah, that guy was awesome. And that picture is sooo totally creepy. I'm posting it because I am really sad about last night's game, in which the first contestant to win more than 5 consecutive games in 2 years (or something like that) lost last night. Dan Pawson (I think that was his name, isn't it cute? Makes me think of little puppy paws) was a really good champ, very gracious and only the teensiest bit asshole-y and, at times, painfully dorky. He will be missed. Maybe I'll find a picture to post soon, because he is pretty awesome looking. Like a bear. I hope it's not bad form to write RIP in the title there, since he's not actually dead. I just hope he'll be resting peacefully now that he has all that moolah. That's ok, right?
Well, I hope everyone had a good Christmas and New Year and all that. I have to say that I'm kind of glad all the hooplah is over. I'm looking forward to things getting back to normal. I haven't worked on my books in a long time! I have a bunch of books that I made for the big bust of a craft fair that I still haven't listed because I haven't made any sales since before Christmas so I'm thinking I need to get some different kinds of stuff up there. The books I have are mainly those map books, which I haven't sold one of yet, so I don't really want to put anymore of those up. I might work on some tonight, my sister got me some really pretty paper for Christmas and Steve's sister bought me this awesome glitter glue pack. 40 tubes of glitter glue! All different colors! Who ever thought you could need so many colors of glitter glue! Not only that, it comes with a battery operated glue squeezer! I could really have fun with that. Maybe I'll do some glitter glue collage book covers. The possibilities are now practically endless.
You know what else? I'm going to brag about some of my recent etsy purchases, and muse on some others that may be made in the future. Here is a fun fun fun necklace I bought, by bettydeath: It's an elk! I wish I had a plain white tshirt to wear this with, because i think that's how it would look best. I think I need to go buy one. But you know, everytime I get a necklace I wish two things: 1) that i ever wore necklaces, and 2) that my neck were slimmer.
I also bought this pendant for my BFF for Christmas, by hapslappy: 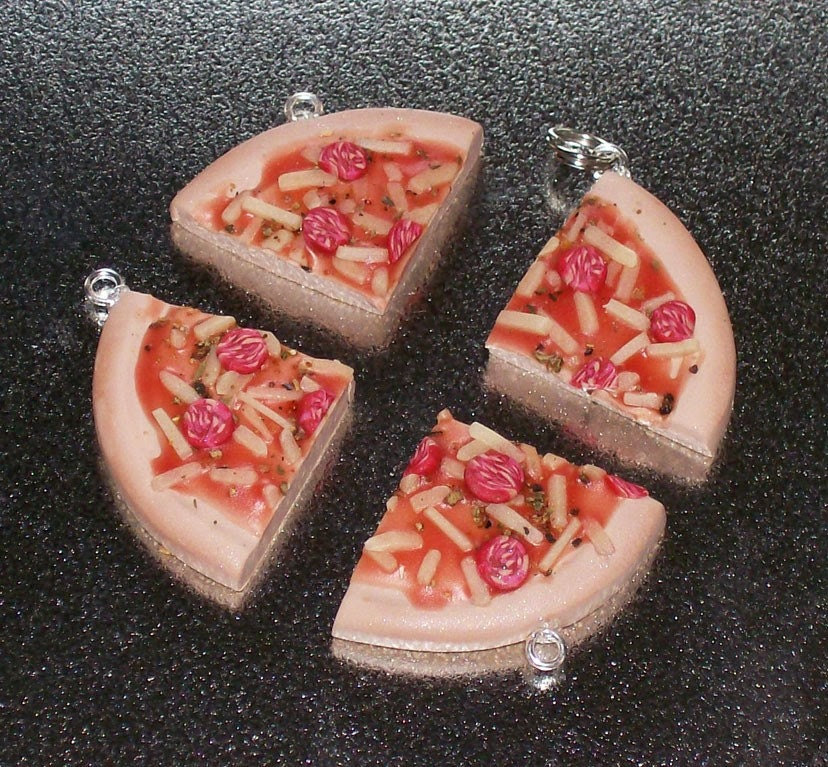 Hello. It's a polymer clay pepperoni pizza slice pendant with GLOW IN THE DARK CHEESE! I think I need to also buy one for myself because it pretty much blows my mind with it's amazingness every time I think about it. Actually, you know what? I just did. Buy it, that is. I mean, come on, how could I not?
Hmm what else...ooh, these earrings: 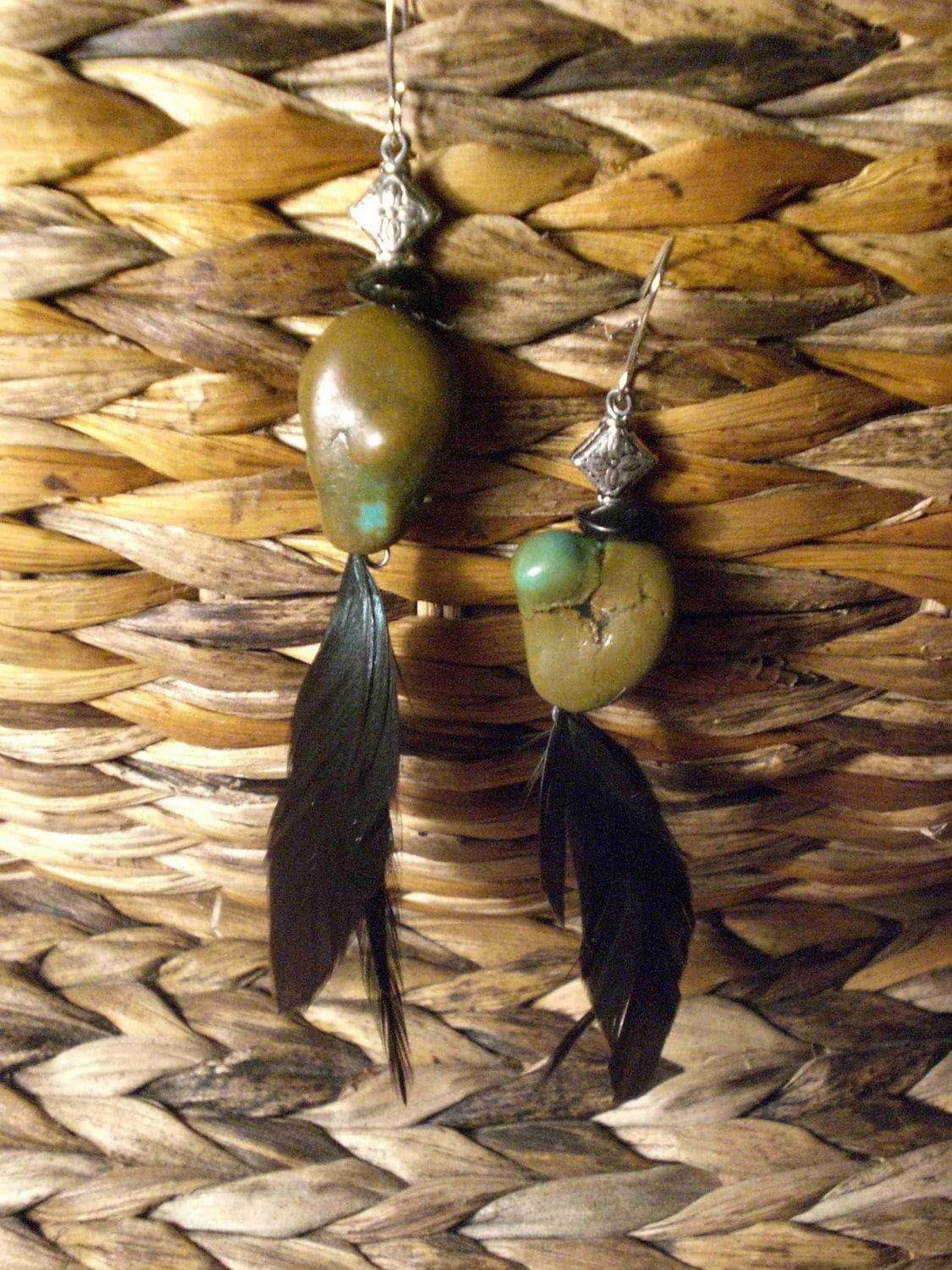 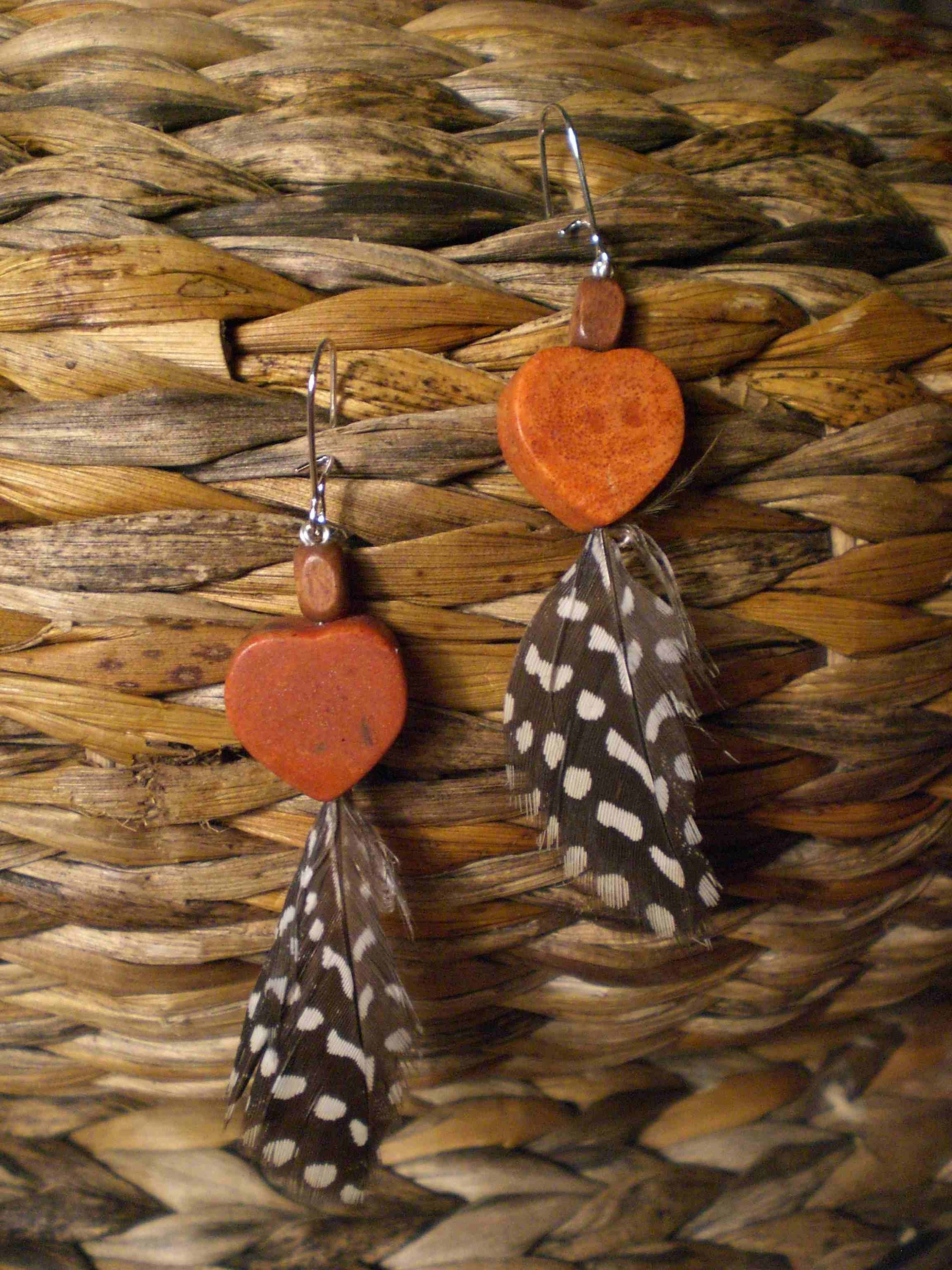 These are all by featherwitch. The shop has all kinds of feathery things, like things for your hair and other things but I like the earrings the best. Which is kind of strange, because I didn't expect that I would be drawn to these kind of hippie-ish accessories, but, there you go. The pictures they have of the feathers against hair look really pretty. Oh, and also the store is based in San Francisco, which is also cool.
I'm also really into another kind of hippie-ish thing right now, tooled leather, like this purse by BeasBargains: It's tough and western-y but girly at the same time. I think I've always been a tooled leather fan. Luckily, it's too expensive for me, because I think it would probably make Steve throw up.
mel
Posted by melroska at 4:42 PM

There ya go, a link to a pic of Dan as he appeared on Jeopardy.